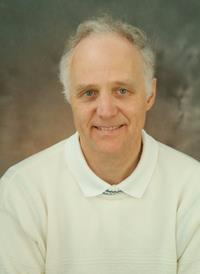 In my early high school days, I was captivated by the prospect (albeit not clearly formed in my mind at that time) that life processes could be understood, at least at one level, through the reductionism of the chemist. Therefore, largely because of the chemistry in the science of nutrition, I decided to pursue an animal science undergraduate program. At the PhD level, I moved to a basic medical sciences setting where my interest was kindled in the field of immunology. When a timely faculty opportunity in nutrition arose at Guelph, the Harvard of the Canadian nutritional sciences scene, I could hardly believe my good fortune. Here was a chance to combine elements of my somewhat unfocused background to develop a research program in a discipline that was emerging at the interface of nutrition and immunology, and to do so in the only academic unit in North America (at that time) specifically mandated to pursue nutrition as a basic biological science.

By the time I reached my early teen years, I had decided that I wanted to be a university professor although, in retrospect, this was primarily because of somewhat self-centred and juvenile perceptions relating to status and security. It was only after joining the faculty at Guelph, and primarily through my teaching responsibilities, that I began to realize the privilege that a faculty position represents. That realization initiated in me a desire to give something in return for the advantages that I enjoy, and I have found my best opportunities for that through my teaching. Thus, during my first fifteen years as a professor, I experienced a substantive shift in career orientation such that my priority became teaching and my first motive for conducting research was to stimulate my teaching.  Having retired in the fall of 2008, my main current academic involvement is as a member of graduate student advisory committees.

My research program, terminated in 2012, focused on T cell dependent immune responsiveness in acute (i.e., wasting) pre-pubescent deficits of protein and/or energy, pathologies that include susceptibility to infectious disease. Two weanling mouse models were used in which either combined protein and energy deficit was produced using a low-protein diet protocol or an energy deficiency was produced through restricted intake of a complete diet. The models were characterized over a 25-year period and mimic, with fidelity, the human pediatric pathologies of marasmus and incipient kwashiorkor. Firstly, this work showed that inflammatory immune competence vis--vis non-self antigen can be improved independently of ongoing wasting disease. With a view to the rational exploitation of this previously unrecognized possibility, therefore, the program centred on determining the cellular basis that underlies malnutrition-associated change in immune defences. Ultimately, the program generated a new paradigm for understanding the classic clinical observation of malnutrition-induced immune depression and susceptibility to opportunistic infection. According to the classic model, acute pre-pubescent malnutrition induces a progressive disintegration of inflammatory immune competence. However, the findings of this program are incompatible with such a simplistic model. Rather, a regulated shift toward a non-inflammatory form of immune competence is apparent in the face of ongoing and even advanced weight loss, perhaps an attempt to reduce the risk of inflammatory autoimmune disease in a catabolic pathology. Moreover, the dendritic cell emerges as the focal point of the shift from inflammatory to non-inflammatory immune defence competence.

Monk JM, Woodward B.  The blood level of transforming growth factor-beta rises in the early stages of acute protein and energy deficit in the weanling mouse.  Brit J Nutr. 2010; 103:886-9.

Hillyer LM, Maliwichi HE, Woodward B. Blood serum interferon-γ bioactivity is low in weanling mice subjected to acute deficits of energy or both protein and energy. Brit J Nutr. 2007; 97:528-34.